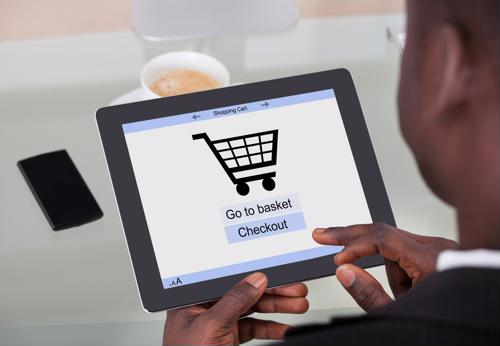 Ecommerce sales have been on the rise for several years. Thanks to benefits like a simplified shopping experience, greater inventory and the added perk of being able to skip parking and long checkout lines, it's no surprise that consumers are increasingly choosing digital shopping channels over visits to their local brick-and-mortar retailers.

In fact, according to recent data from the U.S. Commerce Department, last year the American ecommerce sector saw the strongest year-over-year growth in six years, Digital Commerce 360 reported. In 2017, U.S. consumers spent a staggering $453.46 billion on ecommerce purchases, a 16 percent increase compared to 2016.

And while it's easy to see why digital retailers continue to attract customers, what shoppers may not know is that many of their online purchases up to this point may have been tax-free.

According to The New York Times, Supreme Court justices weighed in on the lack of a sales tax requirement for online sellers over the summer, ensuring that all retailers – including those that do not have a physical store location or presence within a state – collect the appropriate sales tax.

The action overturns a decision from 1992, the Quill Corporation v. North Dakota case. In that ruling, the court deemed that businesses that do not have "a substantial connection to the state" were not required to collect sales tax. And while that might have made sense during a time when most retailers had not yet built out their online presence, ecommerce has changed vastly since then.

In his majority opinion, Justice Anthony M. Kennedy noted that the outdated ruling was causing some states to miss out on considerable sales tax revenue – to the tune of up to $33 billion.

"Quill puts both local businesses and many interstate businesses with physical presence at a competitive disadvantage relative to remote sellers," Kennedy wrote in the opinion. "Remote sellers can avoid the regulatory burdens of tax collection and can offer de facto lower prices caused by the widespread failure of consumers to pay the tax on their own."

One thing that ecommerce retailers must be aware of in the aftermath is the individual requirements being set by each state in which sellers do business.

As Forbes contributor Jimmy Duvall explained, the Supreme Court put the power to determine online sale tax payments in the hands of the states, allowing them to decide the local threshold. South Dakota's threshold, for example, only impacts businesses that "amass $100,000 in sales or 200 separate transactions" with shoppers in the state over 12 months.

For retailers that support transactions in multiple states, it's important to have a process in place to ensure that the right sales tax calculations are taking place.

An advanced order management system can support this with a transparent ordering process that automatically and accurately calculates shipping and sales tax costs. To find out more about this and the other features of FlexOMS, connect with us at SFG today.

This article was posted in eCommerce, Payment Processing. Bookmark the permalink. Follow comments with the RSS feed for this post.