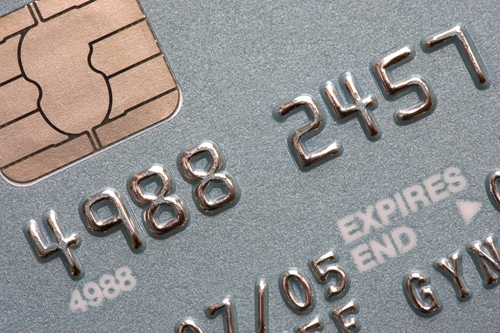 Companies have a number of responsibilities on their plate to keep track of on a daily, monthly and annual basis. These days, data security is of the utmost importance to customers. People are accustomed to hearing that some of the most well-known companies have suffered from information breaches, putting valuable and sensitive materials at risk.

It is a business's obligation to ensure their customers' data is as protected as possible. One of the most effective ways to do this is compliance with the Payment Card Industry Data Security Standards. This set of rules gives organizations an actionable step-by-step plan to secure client information and keep it safe over time. Although many company leaders may be familiar with these regulations – and even compliant – they may not know the history of the guidelines. SFG has a closer look:

The Internet Age
With the invention of the internet, the world of retail completely changes. Companies rush to open e-commerce sites, selling their goods and services through an online store. Hackers begin to take advantage of websites that are new, poorly protected and accepting credit cards. Payment fraud grows and Visa is the first to take steps to prevent these incidents.

The credit card company releases its Cardholder Information Security Program in 1999, which gives businesses a set of standards to follow when accepting credit card transactions. As time wears on, the other top credit card companies – Discover, American Express, JCB and MasterCard – decided to create their own guidelines to protect themselves when merchants process their cards.

The big five realize that it's more difficult to enforce their regulations than they initially planned. Every credit card company attempts to make its rules more important to businesses than their counterparts'. It was obvious something needed to change.

The introduction of PCI DSS
The Payment Card Industry Security Standards Council forms, combining the credit card giants into a unified collective, prepared to create a set of standards that would benefit all parties involved.

On December 15, 2004, the PCI DSS 1.0 makes its debut. The guidelines continued to be updated as the months and years went on. The releases are as follows:

"Failure to comply can result in expensive penalties."

Following the rules
While compliance isn't mandatory, adherence to the PCI DSS is recommended for merchants. Failing to follow the regulations can result in financial penalties for companies. By August 2012, Visa reported adherence to the standards among Level 1 businesses – those that process 6 million or more credit card transactions per year – reached 97 percent, according to Search Security.

Every merchant has different requirements to meet under the PCI DSS. The SSC created 12 basic steps companies should follow no matter their level under the guidelines. Following the standards can improve customer satisfaction, as clients feel more comfortable knowing businesses are taking action to protect their information.

Although this is a brief overview of the PCI DSS, the information is critical for merchants to know. Understanding the steps it took to create the guidelines will help companies realize the importance of adherence. Securing customer data is vital in running a trusted and successful business. Is your company compliant?

SFG offers merchants the highest level of protection and PCI compliance. Working with SFG ensures consumer information is as protected as possible and improves client satisfaction.

This article was posted in Payment Processing. Bookmark the permalink. Follow comments with the RSS feed for this post.